It was a cold crisp November morning when we arrived at the Norouzabad Equestrian Center southwest of Tehran to attend the 1st Breed Show organised by the Caspian Conservation Society with the sponsorship of Part Stud and the support of the Jehad.

It was a cold crisp November morning when we arrived at the Norouzabad Equestrian Center southwest of Tehran to attend the 1st Breed Show organised by the Caspian Conservation Society with the sponsorship of Part Stud and the support of the Jehad. We had to negotiate the ubiquitous Tehran traffic to get there and arrived late. The sounds of horses whinnying and loudspeaker announcements greeted us as we walked into the show ground, the green grass of the arena in stark contrast to its surroundings. 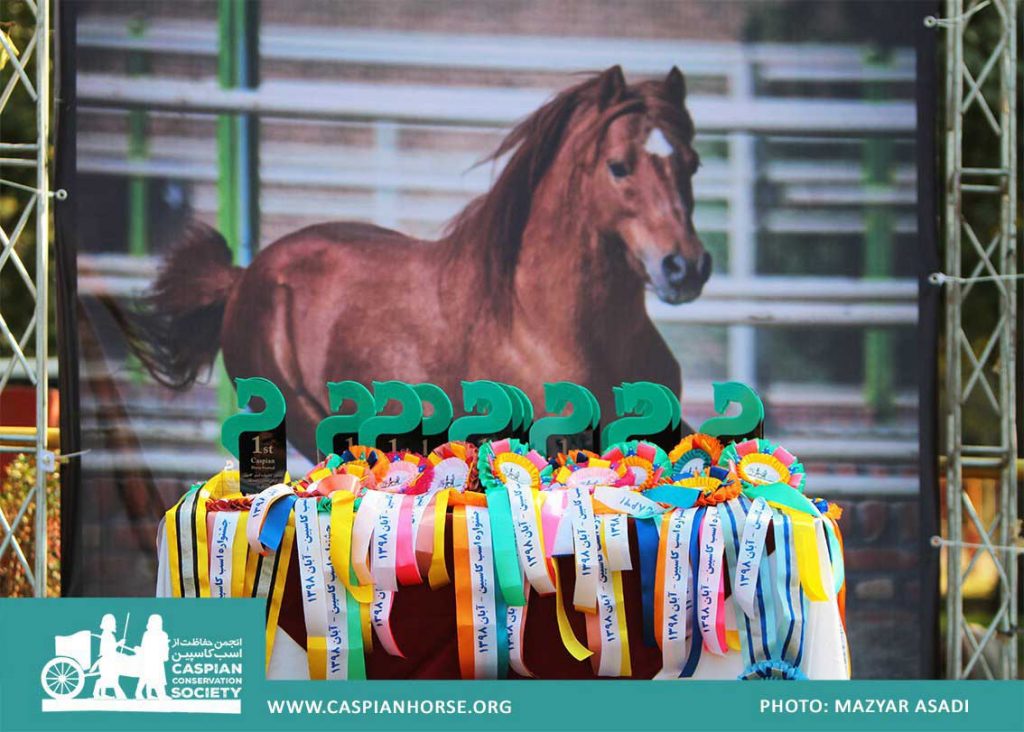 Moments after our arrival the first class was called and a handful of fillies entered the arena. There were over 70 horses entered in the Breed Show from provinces as far as the Caspian (Mazandaran and Gilan), Golestan, Yazd , Tehran and its surroundings. The show drew a large crowd to the historic home of Louise and Narcy Firouz where people gathered to honour Louise’s work in rediscovering the Caspian horse and bringing it to the attention of Iranians as well as the entire world.

Out of the dozen or so classes of the breed show few had less than half a dozen entries and what struck me most of all was the incredible quality of the horses entered.  here is no doubt that this little horse is well known and appreciated in its native country and that great efforts are being made to preserve the breed. I have been returning to Iran on a regular basis these past 10 years and I am caught off guard every time by the quality of the horses, the dedication of the breeders and the tireless work of the equestrian community to recognise, honour and preserve the work started by Louise Firouz in 1965.

The breed show was organised by the Caspian Conservation Society with the sponsorship of the Part Stud and under the auspices of the Jehad. The society has worked very hard to translate rules and regulations pertaining to the registry of Caspians. They have designed the forms and the procedures needed to record these horses and have worked with the Jehad to ensure that the  horses are microchipped as well as identified according to the rules and regulations put togetherby Louise Firouz at the time of the first national stud book and later the International Caspian Stud Book. They have embarked on the mammouth task of completing the registry of all Caspians horses in Iran. To put this task into context, not a single horse has been registered since Louise’s passing in 2008.

All the horses at the show were assessed by one international assessor and 2 national ones. These documents will serve to complete the requirements of registry into the different sections of the studbook, ie; pre-foundation, foundation, pure, etc. A few days after the breed show the team of assessors continued their work at the Part Stud as well. It is well worth noting the exceptional quality of the horses assessed with only a handful showing a predominance of Taleshi characteristics. The Taleshi breed exists side by side with the Caspian and the 2 breeds will readily mix in the mountains where the horses are often turned loose in ‘Ghoroghs’, traditional pasture grounds.

The oldest participant of the show was an 18 yr. old mare by the name of Sarnevesht (Destiny). She was rescued by a teacher in the village of Yamout in Golestan province. He is an elementary school teacher and uses her in his school to teach his pupils the history of Iran and the Caspian horse as well as the basics of animal husbandry. Despite his difficult financial situation, he made the trip from his home in Yamout with 2 of his pupils all the way down to Tehran, a trip of over 600  kms. Attendees of the show were asked to write a letter to Louise Firouz which would be delivered to her resting place in Ghara Tappeh Sheikh, in the heart of the Turkoman Steppes. The letters were assembled in an oversized envelope carried into the arena by two riders on their Caspians. One letter was to be drawn out of the envelope and the author of the letter would be presented with a Caspian from the Part Stud.

Other highlights included a demonstration of riding by pupils of Homa Khatami of the Alvand Riding Club, the Norouzabad Riding Club and the Guissoum Riding Club of Gilan as well as vaulting by the trainer Mina Farahani and 2 of her pupils. 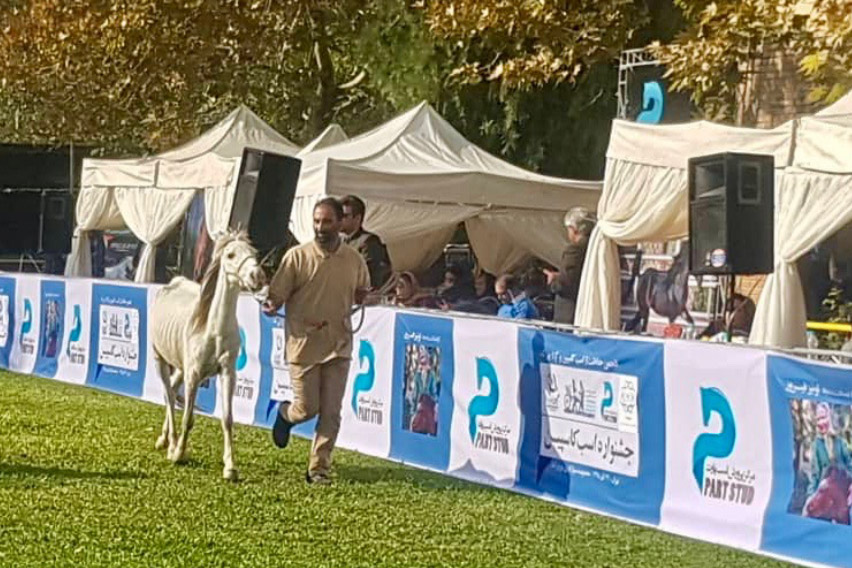 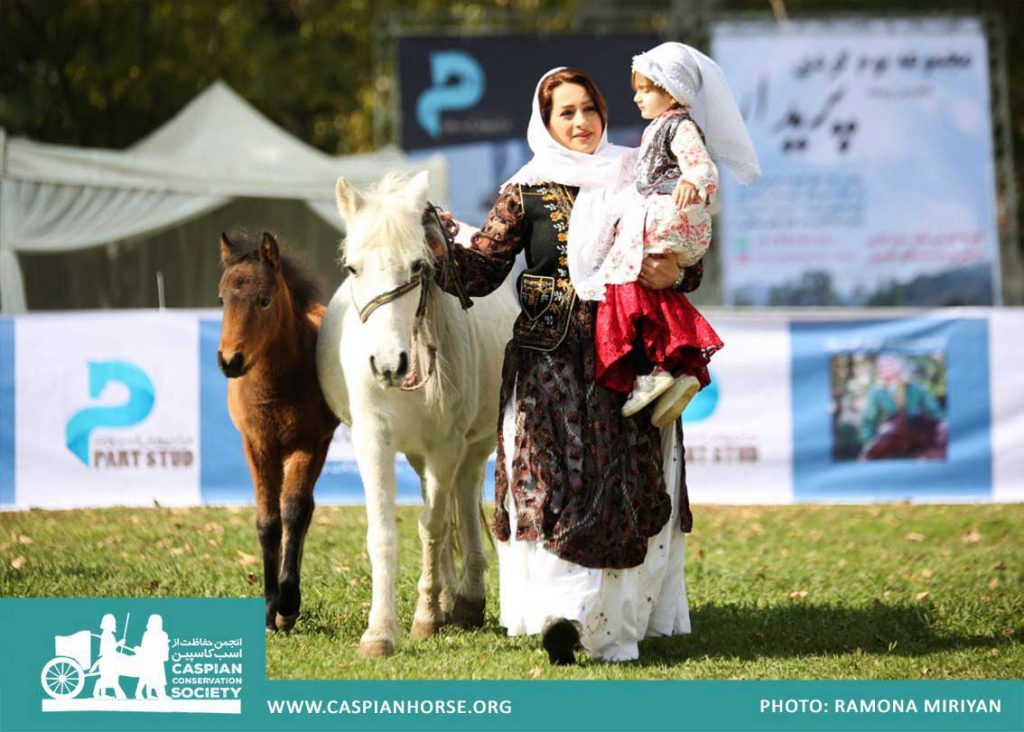